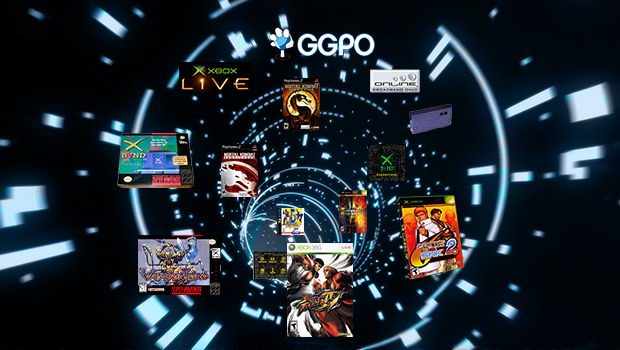 As we come into a new year of multiplayer online fighting games, I thought it would be interesting to take a look back just to see how far we have come.

Many often times overlook just how far gaming has stayed at the forefront of technology. Nothing was more apparent than this when it came to the rise of the internet. Before the World Wide Web went main stream, technology was already available for gaming online.

A small company by the name of Catapult Entertainment set their eyes on the then two popular consoles at the time Sega Genesis and Super Nintendo giving rise to something that wouldn’t fully be realized until 11 years later! Using a dial-up 28.8k modem, the company created Xband an unofficial gaming network that would allow players to play versus games with each other across the internet. Xband would gain the favor of 700,000 early adopters and titles like the popular Street Fighter II Championship Edition could be played with another individual across different states and countries. As some would expect, gamers experienced high latency issues or what many would later refer to as lag during gaming sessions.

Only two games during Xband’s small tenor were actually built with the modem in mind and one of them happened to be Weapon Lord. Creators James Goddard and David Winstead, who had a great deal of experience with playing Street Fighter II using the gaming modem, made sure that not only would Weapon Lord be compatible with Xband but also would take into consideration the input delay that occurred during long distance connections.

In spite of the issues with online play, there was no denying that people enjoyed the ability to play matches online with some racking up phone bills into the 800’s!!

“Knowing we were going to have a quarter-second lag from New York to California, we realized we couldn’t have any startup frames on our thrust blocks,”

Xband sought to continue their campaign for online gaming into the next generation as they would make a version for the Sega Saturn but it came to no avail as the company was phased out by a merger ending the age of online gaming on console for the next few years to come.

Although it would be a while before online gaming would return to console, the PC was a different story as a few titles crept their way in allowing for online play which included Battle Arena Toshinden and Virtua Fighter 2 among others. This was also around the time that emulators started to emerge giving you the option for playing online as well.

The rise of broadband internet would bring online gaming even further going into the next generation of gaming. With Microsoft rolling out its new Xbox gaming system, a great deal of attention was given to the new wave of multiplayer online games. Fighting game companies like Capcom and Tecmo saw this as an opportunity to bring titles to the system for use with the Xbox Live online gaming network. Despite the internet seeing an upgrade in certain rural and urban areas, not to many strides were taken when it came to improving the overall experience a player could gain when playing in an online environment.

Though online gaming had not seen a great deal of change, it was hard to deny that there was potential which would finally be realized when Xbox 360 unveiled their new and improved online gaming service!

Although the internet had come a great ways since its beginning, the speeds just were not enough to deal with the archaic infrastructure that certain countries like North America had created and this in turn affected the online play of several fighting game releases for the next generation to come.

Though online gaming was celebrating a new found embrace, there was no mistaking that emulating an offline experience was impossible for developers. Competitive fighting game players could instantly note the difference in lag between offline and online environments and it was a great deal of disappointment for one individual in particular. It would be this disappointment that would lead programmer and EVO fighting game championships co-organizer Tony Cannon to create a middleware that would allow players to experience near perfect inputs while keeping the game free of lag at higher latencies.

Since the days of Xband, input delay was the programming used in many of the games that could be played online. At lower latency, input delay would hold up fairly well while the action took place on screen but it still would succumb to delays in the players inputs.

Tony Cannon sought to change the behavior of how inputs would act in an online environment and thus popularized the netcode that many fighting games players know today as roll back technology. Where input delay would have to sacrifice 2 frames or more to maintain a smoother online experience, roll back netcode would give players a smoother playing experience while keeping their input delay at 0!

It(GGPO) can’t actually “get rid of lag,” but it can allow the game to proceed as if there wasn’t any.

When explaining his netcode to fighting game developers, it didn’t quite seem to convince them that roll back could improve online play so Tony took a popular PC gaming emulator and implemented his new found technology to create GGPO the initials for Good Games Peace Out.

After the release of GGPO, the feedback from players was nothing but positive. Soon the GGPO middleware would make its way onto new IP’s landing itself on multiple arcade and console titles.

When Mike Zailmont, co-creator of Skull Girls, was looking to implement the online multiplayer for their indie fighting game, it was no question that GGPO’s roll back netcode was going to be a perfect fit for what they had in mind. Other companies started to take notice of what roll back netcode had to offer such as Capcom who used rollback for their final last gen fighting game title Street Fighter X Tekken and when moving into the next generation of video games, Killer Instinct, now regarded as having one of the best multiplayer online experiences when it comes to fighting games, used roll back technology to bring the franchise back to the forefront.

Despite the growing popularity with roll back, other developers have argued that netcode cannot be used to create a successful online experience when it comes to fighting games.

Tekken producer Katsuhiro Harada, who has also received a great deal of praise when it came to Tekken Tag Tournament 2’s online multiplayer, believes that you have to design the game with netplay in mind from the beginning by delaying the inputs in the game to compliment the online experience. These feelings were also shared back in 1995 when Weapon Lord(also published by Namco) was being developed to work with Xband’s online gaming service.

While the use of roll back technology is on a slow incline, this year may prove to be a big change for the use of the netcode. With the most anticipated title Street Fighter V implementing roll back technology, Mortal Kombat X working on their own version of  the netcode, and a very ambitious title in Rising Thunder that involves a new version of GGPO , there may be a very big jump in the way fighting games play online going forward.

Technology is coming into an age of even faster connection speeds and with the change in the way online play is developed for fighting games, things look a lot more positive moving into the future. We’ve come along way from the days of playing games on a 28.8k dial-up modem and there is no telling what the future has in store. One thing is for certain, only time will tell and we can only hope that we are still around when it comes time to reflect on how far we have come once again.

Special Thanks to the Shoryuken.com Forum Thread!!