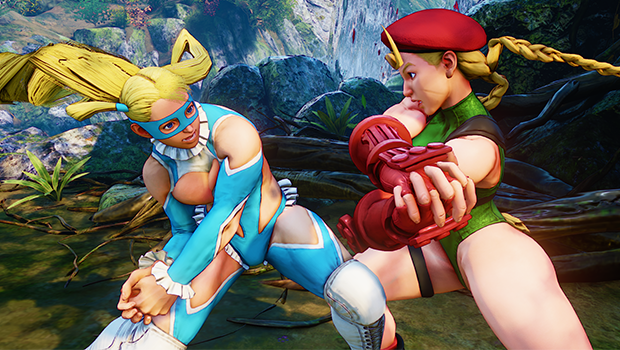 We had it on good authority that a certain video game website leaked some detailed information about the upcoming Street Fighter V.

Despite being convinced that this leak was in fact a solid source(website removed information not long after it was found), we were hesitant to post it on our website.

As luck would have it, the official Street Fighter twitter page has in fact confirmed the information that was given earlier so here it goes!!

The grappling wrestler Alex has been confirmed as the first DLC which will be available in March. As Capcom eluded to before, players will be able to earn enough fight money to purchase this additional character for free by taking advantage of all the extra game modes available!!

Owners of Playstation 3 controllers can also breath a sigh of relief as it has been confirmed that there will be an option that will allow you to use the legacy peripheral on the Playstation 4 console!!

With 7 days left, there is to much excitement to contain as we draw ever so closer to release day.

Make sure and tune in with us today @ 7pm PST for Capcom Talk as details on Capcom Pro Tour 2016 will be revealed on the Capcom Fighters(twitch.tv/capcomfighters). We will add the stream below before the start of the show!!