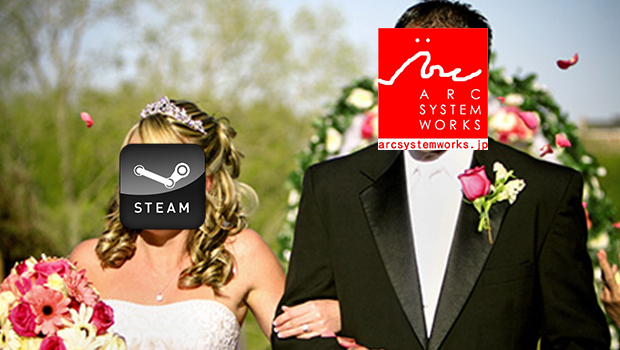 While Arc System Works has been pretty quiet about their titles coming to the Steam PC client, an upcoming release has eluded to an exciting future for more titles being brought to Steam!!

After the rumor of Guilty Gear Accent Core Plus R being released on Steam was in fact confirmed, a great deal is being leaked by ASW developer Shiki on the steam community page.

It would seem that the two popular titles BlazBlue Chronophantasma and Guilty Gear Xrd are definitely making their way to Steam but Shiki has also hinted that they ” have lots of games queued up for Steam!”.

Shiki even furthers the excitement by saying that some of the titles may be out of our imagination!! One of the biggest factors behind these recent events seems to be the fact that ASW is publishing the VERY soon to be released Accent Core and not H2 interactive the publisher behind the last two Blazblue releases!

This is by far the most exciting news that we have heard from ASW and if the sudden release of Accent Core is an indication of what we can expect during this year we are in for some very big surprises!