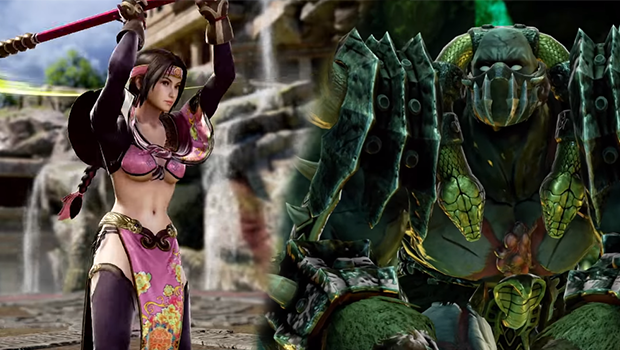 Before top 8 of Tekken 7 began, Soul Calibur 6 producer Motohiro Okubo took to the stage to introduce two more cast members for the upcoming title, two of which, you should be pretty familiar with:

Missing in action in Soul Calibur 5, Seong Mi-na returns, no doubt, reprising her search for Soul Edge. A mainstay until her absence from V, Seong is a staff wielding character which means maintaining distance against an opponent is her greatest weapon.

Of course, Seong was not the only reveal as Astaroth makes his return to the series. Originally introduced in Soul Calibur, Astaroth has become a favorite as his long range attacks and herculean like strength make him a force to be reckoned with. As we mentioned in a previous reveal, Maxi has an ongoing feud with Astaroth, in particular, as we suspect this rivalry to continue in the latest story line for this title.

Soul Calibur 6 will be coming to Xbox One, PlayStation 4, and making a series debut on PC Via Steam on October 19!!