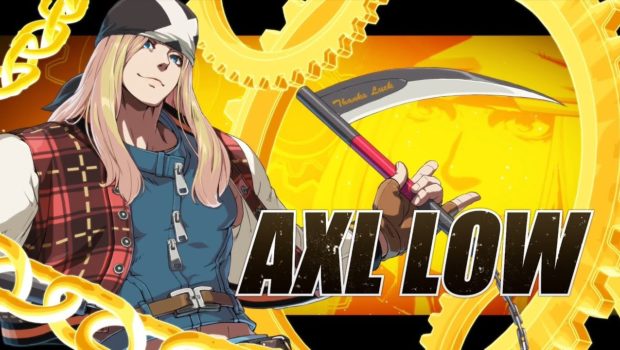 Axl Low,who has been around since the beginning of Guilty Gear, is a zoning character using his chain scythe weapon to hit opponents from long ranges. While a new character was not revealed, it has been confirmed that Sol-Bad Guy, Ky Kiske, May, and Axl Low will be available in a playable demo at the upcoming Arc Revo event in addition to two more characters!! The two characters will most likely be revealed during a special live stream trailer scheduled to take place on November 3rd @ 6:00pm PST.

We will be counting down the days until this event as we are excited to see what the latest game in the series will entail. ArcRevo America, the final competition of the ArcRevo World Tour, will be taking place from November 16th to the 17th. We will be sure to provide additional details for any streams or new information that becomes available so stay tuned!!