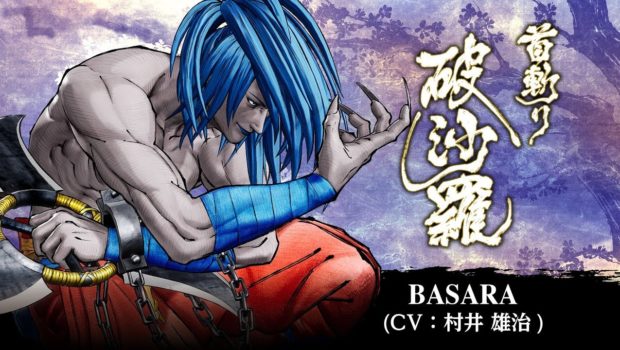 A new trailer for Samurai Shodown is now available featuring gameplay for the next DLC character:

Originally introduced in Samurai Shodown III alongside previous DLC character Shizumaru, Basara was certainly a breath of fresh air for the series as he offered up a new style of gameplay with his special flying guillotine weapon and mysterious background which involves a dearly departed loved one who often makes “appearances” during his win sequences.

His weapon allows for long range attacks but he certainly has special tools that allow him to get in close as well. As the trailer revealed, Basara will be rejoining his cast mates next week on October 15th and we certainly recommend you get acquainted with the character as he is definitely brimming with personality.