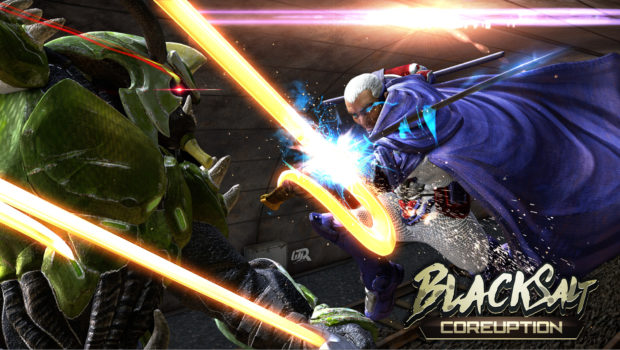 A new indie fighting game which has been on our radar for some time is now available on Steam as an early access title:

A new take on the 1 vs 1 arena style of fighting games, Blacksalt Coreuption is a cross over from two comic books which by design make up the title of this offering. The early access, which is on sale at the moment for $17.99($19.99 orig), will net those interested in supporting this title 8 playable characters, arcade mode, and a local versus mode from the start.

Plans moving forward for the completion of the title will include 4 more playable characters, a 4 player free for all or team option, story mode, and a tag battle mode. At the moment, the development team does not have the resources to develop an online mode and so they are relying on the popular remote gaming application Parsec and have created a community page for matchmaking.

Additional details can be found on the official steam page here. The developers are trying to target a Nintendo Switch release for the fall if all goes well during this early access development stage.