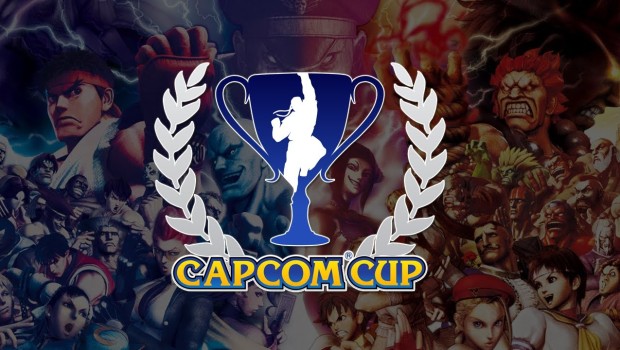 In just an hour, Capcom Cup is slated to start what looks to be one of the marquee tournaments of this year!! Capcom Cup has brought together some elite talent selected from those in the fighting game community, an online tournament, and regional tournaments.  Get ready to see some amazing skillful play from some of your favorite fighting game titles littered with unfathomable come backs and down to the wire final rounds!!  Here is the schedule released by Capcom’s community manager  Combofiend last week.

If you are new to the tournament scene, no worries, FGO wants to point out a few notable players among the very stacked competition that will be taking place in just a few. There is only one word to sum up Justin Wong’s place in the fighting game community, legendary.

A champion of several fighting game tournaments, Justin Wong’s reign of terror has been witnessed several times over as he’s taken championship titles in multiple fighting games at major tournaments throughout the United States.

His most notable accomplishments come from the Evolution Championships, an international fighting game competition that takes place every year in Las Vegas, where he managed to take several titles ranging from 2002 to 2010 in the popular Marvel Vs Capcom 2 fighting game.

This year Justin Wong gave us some incredible come back play at Evolution 2013 as he made his way back from the losers bracket against a barrage of highly skilled players ending in a  final round winner takes all match that is sure to go down as one the best EVO moments in history.

Recently, Justin won the national tournament for the Xbox One Next-Gen fighter Killer Instinct which just goes to show his understanding of fighting games in general is leagues above the rest. Chris G’s dominance in UMVSC3 has rarely been contested this year leaving players stuck in a rut on how to defeat his ultimate team of morrigan, doom, vergil. Though his amazing play in UMVSC3 is greatly publicized, Chris G is no stranger to other fighting games.

Just this past September, Chris took UMVSC3  and also defeated the 2013 Evo SSF4:AE champion Xian at The Fall Classic in losers before defeating Justin Wong in grand finals with his stellar Sakura play. While his chances in UMVSC are definitely promising, it would be foolish to underestimate Chris G taking both as his skills in SSF4:AE have continued to improve each time he has competed.

Last year was almost a fairy tale story for infiltration. After taking EVO 2K12 SSF4: AE championship by a large margin, Infiltration went on to dominate both SSF4:AE and SFXT at the 25th Anniversary Street Fighter Finals resulting in one of the highest payouts for a fighting game competitor in recent history…Did I mention it included a brand new car!

Though Infiltration’s dominance may have not been as massive as last years showing,  he still attained the title of  SFXT  champion at EVO 2K13 and created one of the best moments during the SSF4:AE EVO top 4 when he decided to use his back up character the oil wrestling brawler Hakan in a final elimination match that left the crowd going nuts. Known sentimentally among the fighting game community as Murder Face, Tokido’s ability to play multiple fighting games competitively is second to none as he continues to find himself in the Top 8 in at least two of the several fighting games he plays consistently.  This year Tokido has had a very strong showing as he became the runner up in EVO2k13 SSF4:AE championship besting last years(getting revenge from the defeat at 25th SF anniversary) champion infiltration as well as defeating the legendary Daigo “The Beast” Umehara.

When asked why he picked the character he picked for his fighting games of choice, Tokido will usually reply “They are very cheap!” Xian became the people’s champ when he convincingly took the EVO SSF4AE 2K13 championship with the Kung-Fu assassin GEN.  Xian’s conscious decision to make a character switch ultimately paid off and made Xian a fan favorite for winning with a character that you wouldn’t normally see in the finals. Though Sethlolol was an online qualifier, he is no stranger to playing competitively offline at several major tournaments.  Last year, Sethlolol placed 3rd at the 25th SF Anniversary Finals tournament in the SFXT competition. Earlier this year, he got his revenge at Final Round against Infiltration defeating him in Grand Finals. Seth’s unorthodox use of Kuma/Law is his claim to fame as its a real treat to watch him skillfully use this deadly combination of characters to create big damage.

Now that you’ve gotten your self  acquainted with some of the favorites at this momentous tournament, get ready to see some of the best fighting game mastery your eyes have every seen!! If this is your first time watching a stream or a fighting game tournament, prepared to be amazed, encouraged, and hyped at what these players are about to showcase!  I’ve embedded the stream from Capcom’s Fighters Twitch TV channel below.  I’ve also added the Tournament format underneath the stream for those that want to understand the rules.  Just clicking the window will take you to the actual webpage where you can chat with other viewers enjoy!!
Watch live video from CapcomFighters on www.twitch.tv
*Check out the brackets at the official competition website.*

This format is usually what is used at most of the tournaments throughout the United States and abroad.

Like Street Fighter, competitors will usually compete in a best 2 out of 3. This means they can play up to 3 sets or what you would call a 1st to 2.

Usually used in the Grand Finals, Winners Finals, and Losers Finals, certain games like UMVSC3 use this format through out the tournament due to the fast paced nature of the matches.

Every competitor will have the chance to lose once within the competition.  If they lose again then they are eliminated from the tournament.

Loser’s Finals will usually be a best 3 out of 5 set. The winner of this match will go onto Grand Finals and the loser of the match will be eliminated claiming 3rd place in the tournament.

Before the start of a match, a competitor can request a blind pick. This is done to make sure that the opponent cannot make a character choice based off of what the competitors character of choice is going to be.