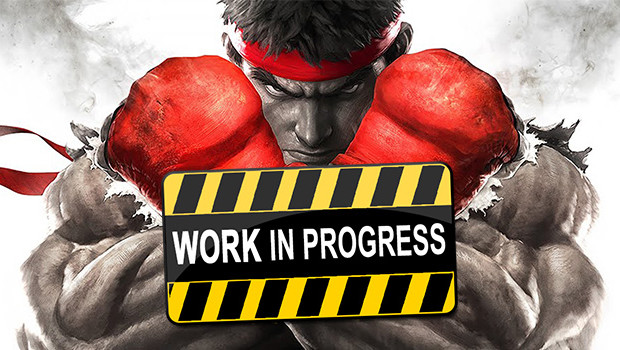 It goes without saying that Capcom’s release of Street Fighter V was one of great concern for the fans of the franchise. While Capcom has been slowly but surely building the game up to a standard that is befitting of a full game release, it has not been taken well by many within and outside of the community.

Despite the negativity that may surround this title, it is clear that many still support this game and after last weekends top 8 showing at Evolution 2016 many are interested in getting involved on the competitive side of SFV with the Capcom Pro Tour!!

I have often alluded to the focus that Capcom, who partnered up with Sony for the development Street Fighter V, had on the competitive gaming community for this latest title. It was to obvious to ignore that this game would be bringing in a new age of what many know to be eSports for fighting games and that Capcom had full intention of making sure that Street Fighter V would be front and center when the Capcom Pro Tour got underway.

I would say the risk they took bringing the game out in such an incomplete state seems to have paid off, at least when it comes to the competitive side of things…I mean, come on, it was shown on ESPN2 in front of a packed crowd at the Mandalay Bay Arena in Las Vegas!! How Op is that?!

All excitement aside, when it comes down to it, SFV is still a game whose main objective should have been making sure the people who forked over $60 dollars of their hard earned big ones got their money’s worth and for some time it definitely has not felt this way.

Even now, controversy still looms over the head of Capcom and the recent exclusive DLC which was impart created to help support the Capcom Pro Tour for its finale and the new season of 2017.

Many felt this move to be insensitive. After all, it is asking for more money amidst issues that still seem to be present within the game. Some believe that Capcom’s response from this recent release shows a deaf ear to the complaints but upon further inspection that does not seem to be the case.

Niedel Crisan, known within the fighting game community as Lord Haunts, has already been actively receiving feedback and communicating with fans, something Capcom promised they would do moving forward.

Haunts has been very vocal in the Street Fighter reddit community in particular (r/StreetFighter) recently addressing those who have taken an issue with the latest release of DLC:

“Essentially, a lot of this content was part of a road map and was planned to release at certain times but again, that doesn’t mean we are prioritizing DLC release over the stuff you guys find important.”

He also explains that many of the things that fans want to see are being worked on but it will take time:

“To be honest, a lot of the major things you guys are concerned about, the dev team is fully aware of (Input Delay, Arcade Mode, Rage Quitting etc). At the end of the day though, game development takes time. I know 3-6 months and even longer can seem like an eternity but most of these issues cant be cleared up overnight.”

Haunts sites Eventhubs and  NeoGaf as two other social media sites that they are probing for feedback noting that they are physically taking the data and entering it into spread sheets to be translated and looked over by the developers in Japan.

In the end, Capcom must show and prove on all of its promises and by the looks of things it is going to be a pretty long road ahead to get it all done.

It was said along time ago that Capcom was in it with Street Fighter V for the long haul. I have not forgotten the “one disc only” promise that Capcom  announced for the latest title in the series. I am most definitely going to hold them to their word and observe their DLC practices closely going forward.

There is no denying it, we are in an era where developers can release a game and promise that it will be a complete one..after you have paid for continuous DLC content to make it that way.

I do hope that the efforts by those like Haunts will make a difference going forward but only time will be the determining teller when it is all said and done.