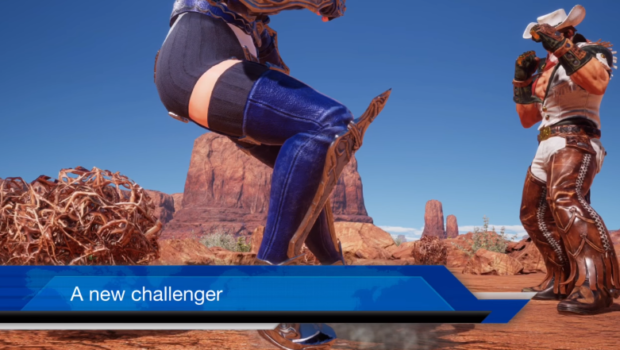 Cracker Jack Teased As The Next Fighting EX Layer Character!!

It would seem another Street Fighter EX character will be making their return in Arika’s latest title Fighting EX Layer. Though this is just a tease like the last character reveal, who we believe to be Blair Dame, any fan of the series knows who this character most likely is.

The signature hat and cowboy gear are to obvious to ignore so we are hedging our bets on this being the official return of Cracker Jack! Cracker Jack was certainly one of the more fun characters of the EX series. His ludicrous strength made him a joy to play and it will be interesting to see if his latest iteration will get toned or even more ridiculous than before. The trailer also introduces two new stages as well.

We are hoping for some big reveals as EVO Japan starts this weekend so be sure to stay tuned for more details!!