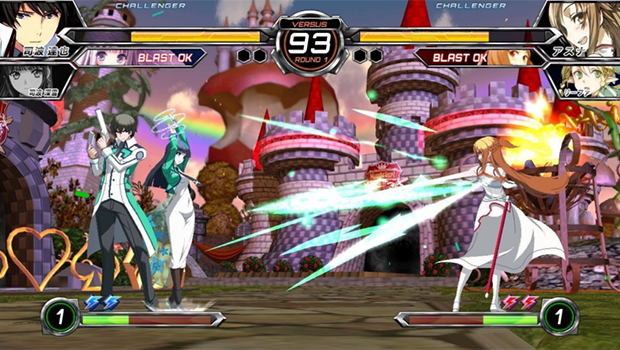 The update to Dengeki Bunko: Fighting Climax titled IGNITION is officially available on the Japanese and Hong Kong Playstation Store for download on Playstation 4 console(Vita and PS3 should be incoming also).

The IGNITION in Fighting Climax actually refers to the latest game mechanic that has been added to the update. In this version, players have the ability to enhance either their character, support(assist character), or blasts after the first round.

In addition to the new game mechanics, DFCI has 5 new playable characters which include Quesnser Barbotage from Heavy Object and Tatsuya Shiba from The Irregular at Magic High School who originally was an assist character(sister now can assist) in the original Fighting Climax.

We’ve added a new page for this title which will be the official place to go to for any additional information on the latest release.