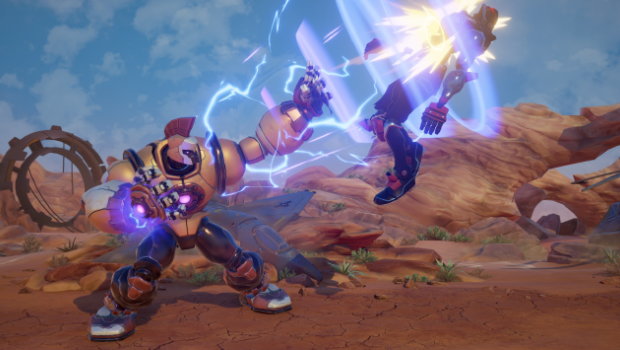 Things are looking pretty good for the upcoming F2P title Rising Thunder. As to what we’ve gauged from the community, Rising Thunder despite needing a few improvements has had a lot of positive feedback.

Community manager Patrick Miller has released an official State Of The Game chronicling the first four months of Rising Thunders alpha release, detailing character progression, and revealing some of their plans moving forward.

One of the biggest take-aways we got from the State Of The Game was RT’s transition from Alpha to Beta which in Miller’s own words “has a long way to go” before they even consider it. He goes on to explain that their is still a great deal of content left to create and that the Alpha build is still just a “chunk” of what they have to offer.

Miller also goes over where they are as far as game mechanics and character variants.  While the Kinetic Advance mechanic seems to be near completion they still have a lot of work to do on the Kinetic Deflect which is still in a experimental phase.

All characters in the game will have a total of 7 variants to choose from as Miller breaks down where each character stands with at least four of the six cast members still needing more variants.

As far as future online features, the developers are still working on Ranking Matches to create greater down times for match searches and more accurate skill match ups and good pings for players. They also want to improve more on the spectator mode as well.

You can check out the full State Of The Game on Rising Thunder’s webpage and also download the game(PC) as well if you haven’t had a chance to try it out.