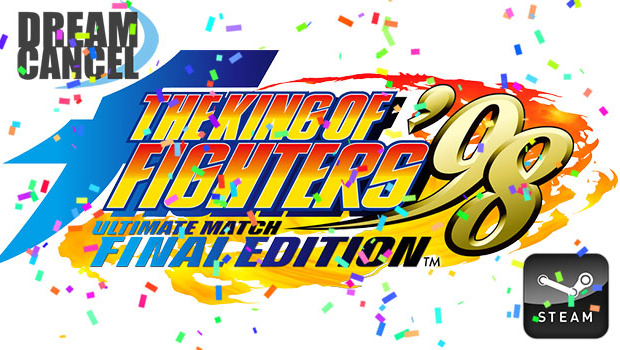 Dream Cancel is hosting a get together for the recent release of The King Of Fighters 98: Ultimate Match Final Edition on Steam. The gathering will be tomorrow December 20th at 10am PST/12pm CST/1pm EST.

Come join the Dream Cancel crew to play and chat about the game. I’m sure there will be plenty of players around to give insight about the game and how well it plays on steam.  Chat will be located on the homepage of Dreamcancel’s website to your right. There is also a direct link to the chat room here.

There has recently been a open beta to improve the netcode for the game and the Dream Cancel crew wants to support this endeavor so make sure that you’ve changed to the beta ver.(running final version will cause desync) during the gathering tomorrow.

More information about the open beta and how to become a part of the process can be found on the community page here.