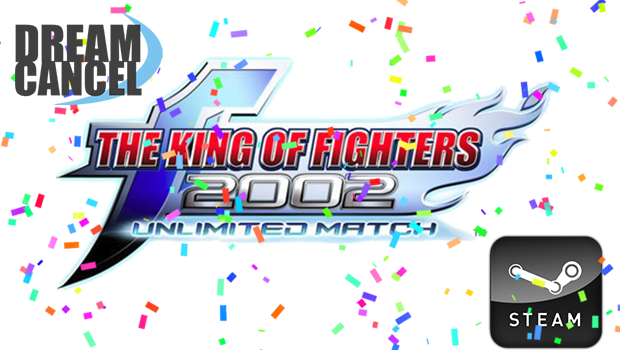 Dream Cancel is going to be hosting a release party for The King Of Fighters 2002: Unlimited Match for Steam on Sunday Mar. 1 @ 2pm CST/3pm EST/12pm PST.

The celebration will be held in the community group chat on the Steam app. In addition, the first online event for Journey to the Dream Cancel Cup, a competition that will be taking place during this year leading into an invitational exhibition that will take place at the beginning of next year,  will be hosted as well.

Participants can compete in several first to three sets that will give 3 points for each match you win. The points earned in matches will determine your rank within the competition and the top 3 placers will earn PlayKOF points towards Dream Cancel Cup.

These competitions will be happening not only for KOF2002UM but KOF98UMFE ,and KOFXIII as well. Stay tuned as we will be posting the competitions and adding them to the event section!!