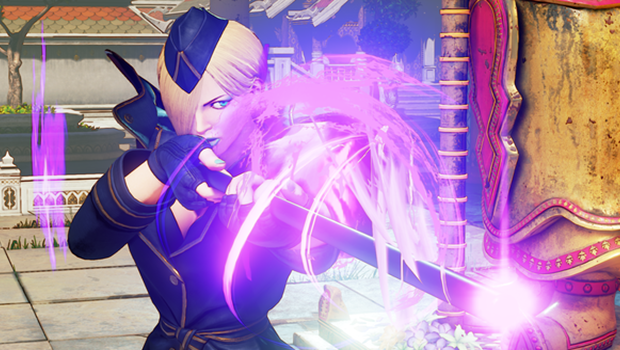 One of the brand new additions to the Street Fighter roster, Falke, like Ed, was experimented on with the intention of being one of Bison’s potential vessels and she also has abilities that use his special psycho-power. These abilities are apparent in both of her V-Skills shown above which she utilizes through her staff. Her special moves will work similarly to ED using simple inputs for execution.

Falke will be on her way to Street Fighter V next week on April 24th! More details can be found on Capcom Unity’s blog post. Street Fighter V: Arcade Edition is now available on Playstation 4 and PC.