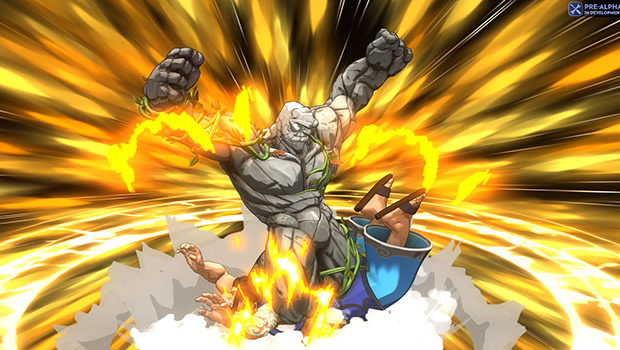 Developer Sirlin Games was not able to reach its fig.co goal for finishing the development of Fantasy Strike but not all is lost as they recently put their game up on Steam’s early access platform for download!

For those unfamiliar with the Steam early access program, it basically allows indie developers the option to offer early builds of their games for steam users to purchase and play. This in turns allows the the developer access to funds so that they can continue development until they deem their project complete.

There has certainly been a few success stories using this method like Rivals Of Aether, a platform fighter which came out of early access back in March of this year. The early access version of Fantasy Strike offers arcade, multiplayer online and local, and practice modes giving you an 8 character roster to choose from. At the moment, the initial asking price for entry is $19.99 but there are plans to increase the price as each game mode gets added so bare this in mind.

The official Fantasy Strike page for the steam early access is available here with purchasing info and additional details. For those just hearing about this title, you can check out our First Look which covers Fantasy Strikes origin, game design, and more.