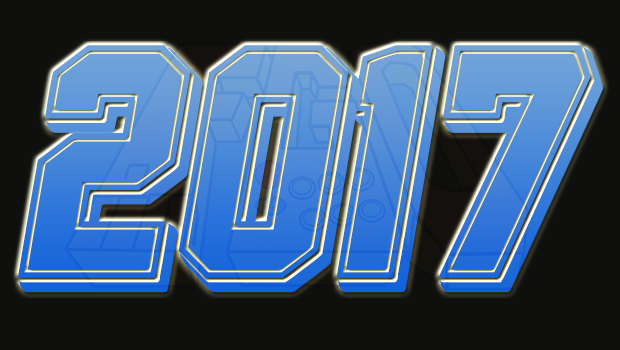 2017 was a year of returning franchises some of which reinvigorated fans others that may have ultimately been a bit of a let down. It was also a year of amazing reveals as we move into what looks to be a very exciting 2018. Join us for a while as we look back at the highs and lows of 2017 for our official year end review.

The Greatest April Fools Joke Ever

On April fools day of this year, Street Fighter EX developers Arika put up a mysterious trailer on their official YouTube channel. The trailer in question featured three main characters from the popular EX series all updated with current gen goodness. Everyone who came across the new trailer thought it was just too elaborate to be an April Fools joke and we all breathed a sigh of release when we found out the “joke” was that it was in fact playable and had been kept a secret from us this whole time!

Since then, Arika has revealed 5 more characters, which included the much sought after Skullomania, finally given their mysterious game the official title of Fighting EX Layer, and even had a playable online beta demo that ran for two weeks this month!! Whether we will see this title in 2018 is a toss up at this moment.  None the less, the return of the original EX characters is something  fans of the series have been waiting for for years and we are very happy to see what looks to be an amazing return of the EX characters!!

EXAMU, creators of the niche fighter Arcana Heart 3 believed their fans really wanted to see the final version of the series on a home platform and so they decided to hedge their bets on a crowd funding campaign using Kickstarter as a vehicle to make this become a reality. It would seem their intuition was correct as the campaign was successfully funded in just 5 days of the initial launch date!!

In addition to getting the funds necessary to bring Arcana Heart 3 Love Max Six Stars!!!!!! to the Steam PC client, the developers also managed to procure funding for additional DLC content that now includes a new arcana and two new playable characters which will be available some time next year. The latest title just became available for digital download on December 12th and is another great example of what developers can do to bring their games to other platforms when other options are not sufficient.

Fighting games and popular anime that have fighting in them have always felt like the perfect combination for the genre and while their are plenty examples of this being the case, the Dragon Ball fighting games never seemed to quite get the representation it deserved..that may just change come 2018.

This years E3 was privy to a very big surprise,though, the cat jumped out of the bag earlier than planned when a picture of Goku and Frieza entangled in a physical exchanged started to surface on various social media outlets. We would soon come to find out that Arc System Works developer of the popular Guilty Gear franchise would be bringing what they learned during the development of their latest title in the series to the Super Sayian universe of Dragon Ball Z!!

Grown men wept as a new trailer revealed with gameplay footage started to make its rounds and by the time E3 completed, everyone knew that Dragon Ball FighterZ was finally going to be the fighting game that everyone had wanted to play for years!! With a roster that so far feels fitting of a royal banquet, the excitement for this title is some where in outer space looking for other signs of life at this point, and fans of the Dragon Ball universe will not have to wait long as the game releases at the beginning of the year on January 26th with an open beta happening just 2 weeks before the official release!! If the original opening intro song for Dragon Ball Z just popped into your head at this moment….its because we put it there and your body is certainly ready for this experience and so are we!

X-Men Missing In Action For The First Time Ever In A Marvel Vs. Capcom Game

When Capcom first announced that a new Marvel Vs. Capcom game would be on its way to home console, people were sincerely excited. After all, the acquisition of the Marvel property by Disney left a lot of things up in the air in terms of the future of the franchise which had major success with its third offering. Though it was understood that the game would be taking a turn back to its roots to create a new experience in the franchise, there was an under toned reality looming behind the development of this game in regards to a few main stay Marvel heroes that had been around since the games original inception back in 1998.

An ongoing battle between Fox and Marvel over the film rights for the original X-Men characters was slowly starting to spill into other mediums and this would ultimately effect the upcoming fighting game title in a way that many of us for saw but were not quite ready to except. The in coming reveals were proof that the conflicts of interest were real as the apparent absence of characters like Wolverine, Magneto, and Storm were very much felt.

No one from Capcom or Marvel’s camp wanted to confirm what we all knew to be true but the writing on the wall was clear, characters from X-Men and other Marvel heroes owned by Fox would not be making their return on launch day.  This along with a few negative receptions during the game development certainly put a heavy damper on the return of the versus series but there may just be a light at the end of the tunnel next year.

It was just recently revealed that Marvel’s parent company Disney has acquired a large majority of Fox for a very huge lump sum. What this ultimately means is the rights to the entire Marvel universe, excluding a few characters like Spiderman, is now back where it belongs and as a result, we may officially see the return of our favorite team of amazing mutants(with the word mutant included) back as DLC characters.

Character List May Be Confirmed For Marvel Vs Capcom Infinite

There is something in the air about 2018 that almost feels magical. The word new comes to mind when we think about whats to come for fighting games titles next year. Arc System Works seems poised to have a big year given their second IP in BlazBlue Cross Tag Battle will be releasing most likely in the latter part of 2018. We will also be seeing the unique indie title Them’s Fightin Herds finally make its way to the masses and we believe it will carve its niche and possibly do some exciting things moving forward.

It is certainly going to be a memorable year for fighting games and as usual Fighting Games Online will be here to cover it all. We here at FGO want to wish everyone a happy new year and we will see you on the other side of 2017!!! 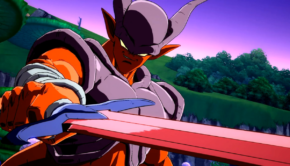 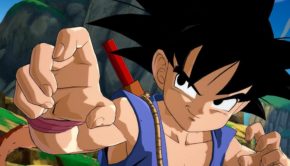