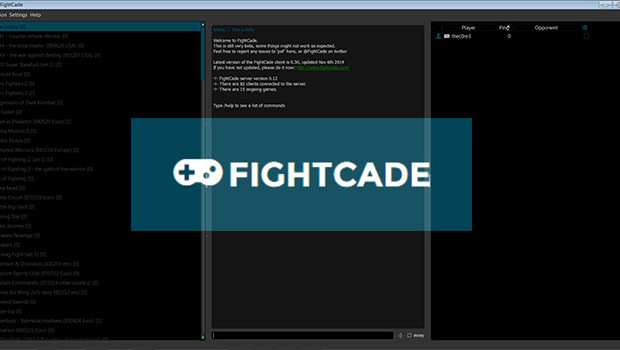 With the recent news of Supercade planning to shutdown its’ servers, and GGPO having frequent connection issues with no foreseeable future when it comes to additional support, another application has arisen to continue to give players the online classic gaming they have come to enjoy.

Fightcade is a culmination of both Supercade and GGPO plus more!! An open source application, Fightcade uses the same roll back technology that was made popular by GGPO.  Like Supercade, the list of games on Fightcade is abundant with a plethora of classic gaming titles available to choose from.

While the program seems to share a great deal of the architecture from its’ predecessors, Fightercade boasts some amazing innovations that definitely looks to set itself apart from the other applications of its’ kind.  The application’s creator insures us that you no longer have to setup port forwarding something that hung a lot of users up when trying to setup these applications in the past.

What is also amazing about Fightercade is its’ ability to be run on multiple Operating System like Linux and MacOSx  which have rarely been done in the past.

While Fightercade is still very much in Beta, it seems to be getting some very positive feed back and support from fighting game communities. We have created a new page for this exciting new application and look forward to seeing what Fightcade will have in store for the future.

For more update information on the current build of fightcade, you can follower the programmer Pau Oliva on his twitter page.