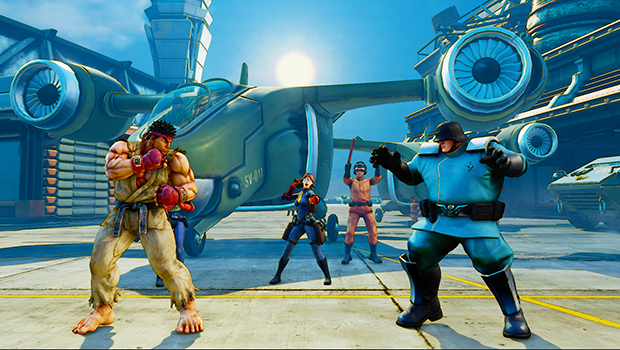 Last night, Capcom had a complete presentation stream in Japan going over everything that will available at launch and extras that will be forthcoming in March.

Today, Haunts has posted those launch details on his blog over at Capcom-Unity and there were a few things that we definitely thought were important to note for those looking forward to next weeks release.

When it comes to Street Fighter V’s new online modes at launch, lobbies will only support two players. An upcoming patch scheduled for next month will include an eight player lobby  with Spectator mode included.

While this may come as somewhat of a disappointment, there is certainly going to be enough to keep you busy in the mean time. As fight money will be a way of accessing new characters and costumes, you will definitely want to take advantage of playing through some of the available modes that Street Fighter V will have to offer.

A story mode available for all 16 initial cast members will net you a special costume once it becomes available in March. Survival mode will pit you against different character AI until you meet defeat. During this time winning matches will give you the opportunity to earn special power ups that include health, attack, or defense increases. Going through survival mode will earn you new colors and in-game titles as well.

The new Challenge mode will consist of 4 options 2 of which will be available soon after launch and includes extra battle a game mode which puts you against a special Cpu and gives you special rewards for winning against these opponents and Targets which will have you complete daily goals to earn fight money, in game titles, and additional content.

Battle Tips which will help you “learn the ins and outs of Street Fighter V through helpful demonstration and tutorial content”, will release some time next month.

The return of combo trials will also make its way back next month as well and will he available for all 16 characters.

For more details on what to expect for the launch and incoming game modes, check out haunts blog post.