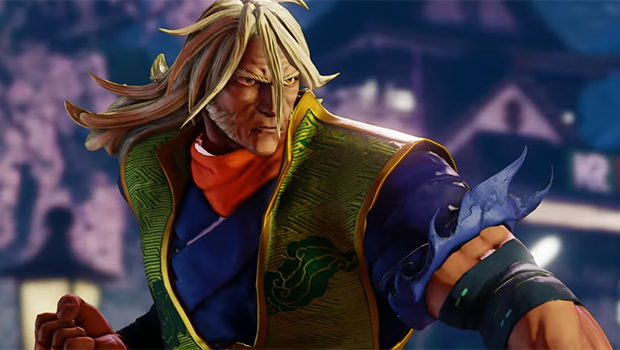 The final season 2 character for Street Fighter V has been revealed:

Zeku, who was has long since been rumored as one of the Season 2 DLC characters, originally made his appearance in Street Fighter Alpha as the master to Guy and the head of the bushin ryu. During the Alpha series, Guy challenged Zeku to become the 39th master which was thought to be a fight to the death based on the words of Zeku.

Zeku has a peculiar ability which allows him to transform into a younger version of himself with the use of his v-skill. His older self is much slower and utilizes bushin flip while his younger self is much quicker and uses Rapid run. As the trailer showed, Zeku can transform off of a hit-confirm which allows the player to decide which side he teleports from. His V-trigger unlocks a single dash that can connect with a custom combo.

For additional details, head to capcom-unity!!