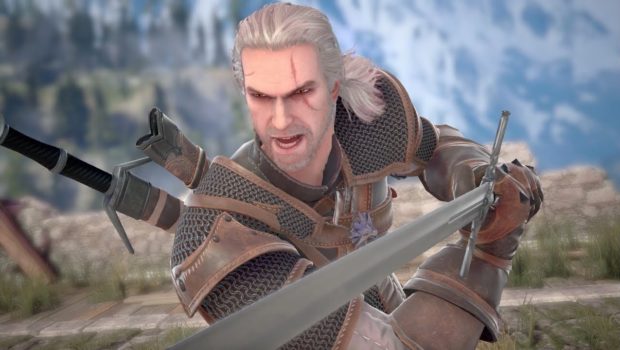 It would seem the rumors were true Geralt Of Rivia, a character from the popular action RPG “The Witcher” will be etching his name into the book of souls as a confirmed special guest character for the upcoming Soul Calibur 6 title:

The trailer gives us a few clips of Geralt’s gameplay including his critical edge which showcases much of what you see in the game he originates from. Geralt is a Witcher, which is basically a human with mutant abilities. It will certainly be interesting to see how the development team incorporated his abilities into Soul Calibur and we can not wait to see more of what he will have in his latest incarnation. We suspect Geralt will be DLC though no details have been revealed about this at the moment.

Soul Calibur 6 will release some time this year on the Playstation 4, Xbox One, and PC Via Steam.