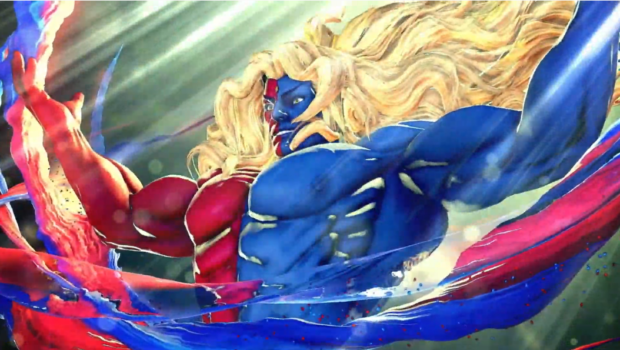 After the final top 8 of the North American last chance qualifiers for Capcom Cup 2019, Ono took to the stage to unveil brand new content for Street Fighter V with two new trailers back to back:

Gill returns to the roster as the Street Fighter III final boss gets a special trailer revealing his new v-triggers and a very over the top anime style critical art. On top of the Gill reveal, Street Fighter V: Champion Edition has been revealed as major upgrade for the title.

The upgrade, now available for pre-order and retailing at $24.99, seems to offer all previous stage, costumes, and characters(excluding CPT extras and Fighting Chance mode) in addition to a second V-skill mechanic for the entire cast.   A full version of the title will also be retailing at $29.99.

We suspect more details will be revealed during Capcom Cup 2019, as the trailer has eluded to 4 more characters that have yet to be unveiled. We also surmise this will be the final form of Street Fighter V as well given next year will be the official coming of the next generation of consoles.

Pre-ordering the new upgrade will instantly unlock all the content that has been released thus far. Street Fighter V: Champion Edition will arrive next year on February 14, 2020 for the PlayStation 4 and PC via Steam!