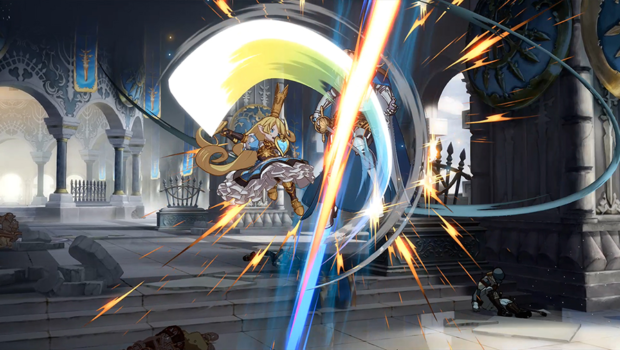 News about the upcoming Grandblue Fantasy Versus game coming to PlayStation 4 has been pretty non-existent in terms of coverage and a release date which, if I’m being honest, is pretty surprising given Arc System Works involvement with the title. Never the less, it would seem publisher Cygames is ready to roll-out a lot more GFVB info in a pretty big way as they announced a closed beta scheduled for the end of this month on May 31st.

The closed beta looks to only be for two days as it will end on June 1st at 2:00pm PDT/5:00pm EDT.  Registration is now open until May 24 with a follow-up announcement for the chosen participants happening on May 28th. The main focus of this beta will be for the online mode though the website hints that some offline features may be available for this upcoming build.

At the moment, GBFV has 6 playable cast members from the universe which we believe will all be available during the beta of this title. We are certainly glad to see the ball finally rolling for this upcoming fighting game and look forward to potentially getting some hands on time at the end of the month.