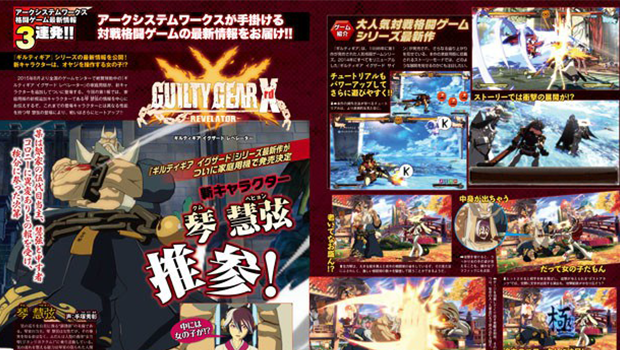 The latest update which adds returning characters Johnny, Jam, Dizzy,Jack-O, new game mechanics, and balance changes for the rest of the cast is scheduled to release on May 26 for the Playstation 3 and 4 console!!

The latest issue of Famitsu reveals a brand new console exclusive character, Haehyun(shown above) who happens to be apart of the new Revelator storyline!!

Pre-orders are now available on Play-Asia  for those who want to purchase a physical copy of the game.

The North American release has been targeted for Spring of this year!!