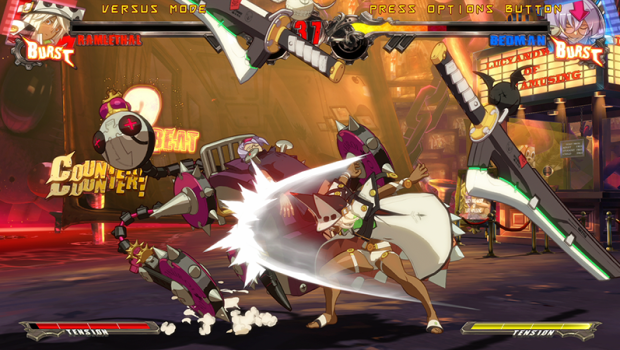 In two weeks the Guilty Gear Xrd: -Sign- will be officially released in the states..but I already know some of you aren’t that patient. After all, it has been 12 years since an official Guilty Gear release so I have no qualms if your chopping at the bit to play the first official fighting game for the PS4(In development terms at least).

GGXRD is now available in japan and available on the PSN Japan store for digital download. Physical copies for the games release can be purchased as well. For the diehard GG players, we’ve added an official page in the import section.

GGXRD is available on both PS3 and PS4 with cross-play compatible multiplayer online!! The biggest difference between the two version is the PS4  ability to run 1080p and 60fps per second. PS3 owners will unfortunately have to take a hit on the resolution end in order to run at the same frame rate.

In addition, it looks like the default settings for the PS3 are set at 30fps and will have to be changed for optimal performance online.

There have been several gamers streaming Guilty Gear Xrd was well as looking for matches online. Will be following twitter throughout the day to give you updates in regards to the latest fighting game release so follow us for more info.

The GGXRD has  also officially released the DLC character Elphiet which is free for download.