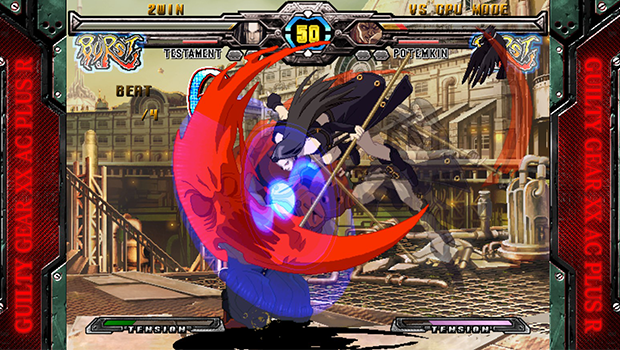 This may come as a very big surprise to some but Guilty Gear XX Accent Core Plus R is now available on Steam for download!!

This classic title is the most balanced Guilty Gear in the series featuring several characters that did not make the cut for Guilty Gear Xrd: -Sign- as well.

If you’ve enjoyed the two BlazBlue titles offered on Steam and are looking for another fast paced air dashing fighting game, then look no further as GGAC+R is created by the same company!

We’ve added the title to our PC Games section and created a new page.