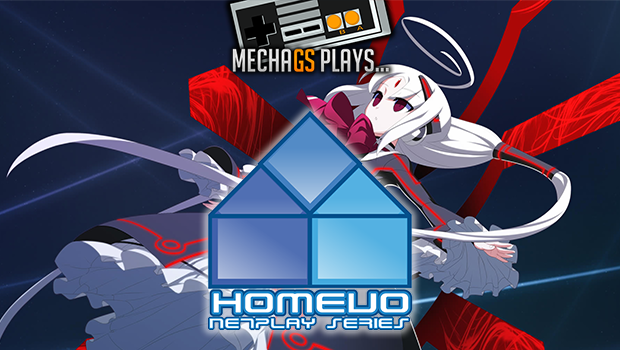 Final Upate 7/16/2015 7:22pm- We’ve updated the final results for yesterday’s competition and hope you enjoyed this weeks online competition. Make sure you follow SlothFacts if you would like to apart of next years event!

Update 07/15/2015 06:51pm-  The last day of HomEvo is about to get started in just a few. We hope you’ve enjoyed these three days of online tournaments. As usual, you will find the stream below and we will be updating the results as soon as we can!!

Update 07/15/2015 10:10am- The last day of competition will be happening tonight @ 7pm EDT featuring Blazblue Chronophantasma and Under Night In-Birth: EXE Late!! We’ve updated the latest results from yesterday’s tournament below.

Update 07/14/2015 7:14pm EDT- Day two of HomEvo is just about to get underway. Today’s event will be starting with Melty Blood Actress Again Current Code. You will find the stream below. We hope you enjoy!!

Update 07/14/2015 10:17am –  The first day of competition has officially come to a close but the action continues tonight @ 7pm EDT!! We’ve added the results for top 4 finishers of last nights competitions below.

Excitement is buzzing around the fighting game community as Evolution 2015 draws near!! Even though many will not be able to attend this amazing fighting game tournament, that won’t stop them from participating in a tournament of their own. Case in point,  HomEvo!!

HomEvo, created by SlothFacts, and starting in just a few, will be running from today until Wednesday July 15th!! The netplay tournament will feature a list of popular anime style fighting games both current gen and classic!!

Here are a list of the fighting games that will be featured during this week.

The stream below provided by Mecha GS’s twitch.tv channel will be broadcasting this event throughout the week and we’ve added the schedule as well. Enjoy the competition!! 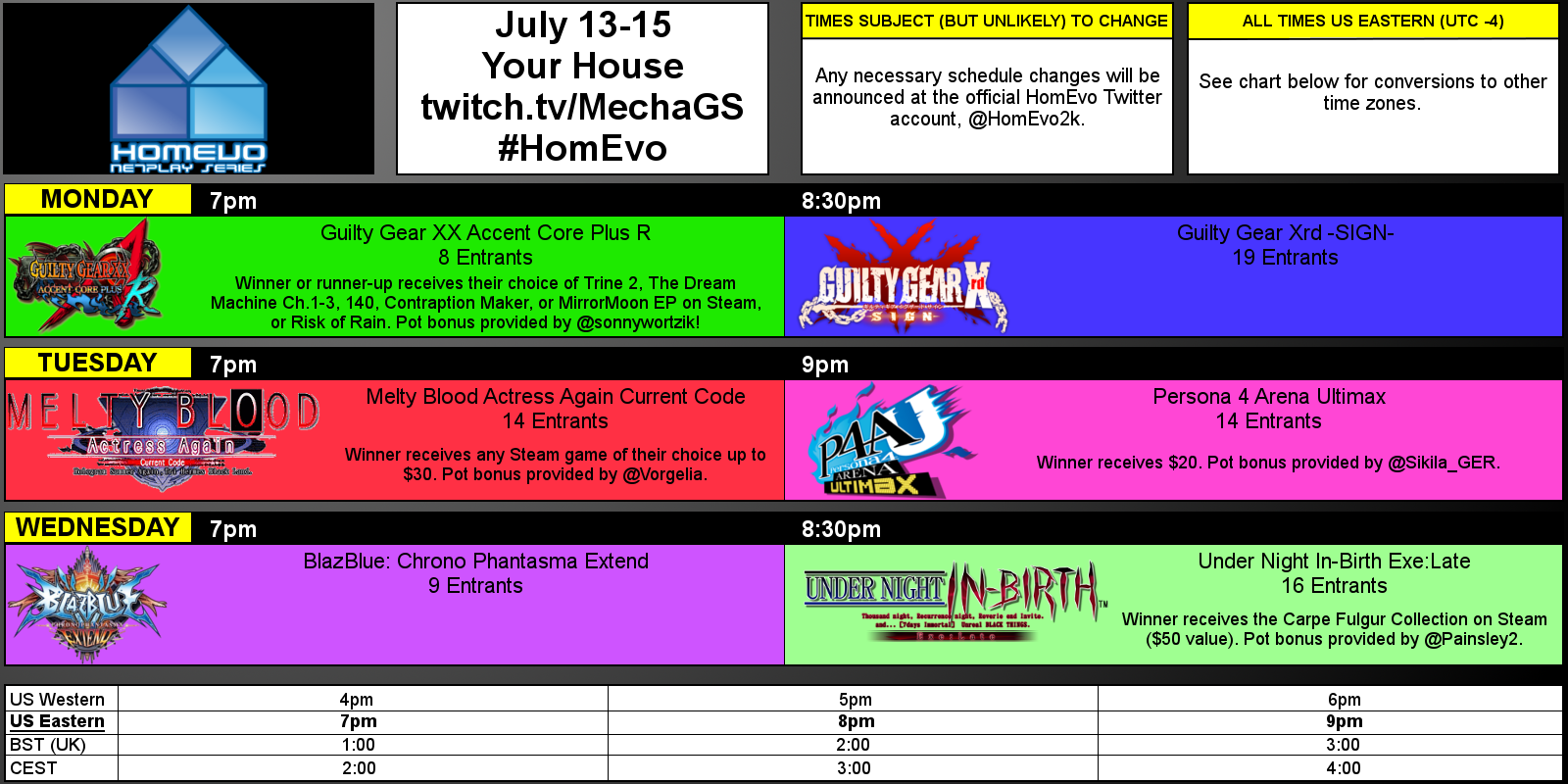 Guilty Gear 20th Anniversary Will Release In May!!! →