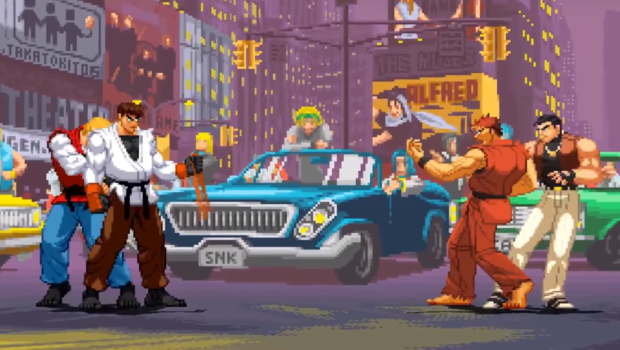 Ikemen/Mugen development is often looked at by those not active in the community as just a passing fancy. Many are unaware of the complexities that go behind the process of upgrading sprites, adding new moves, and just making sure things work properly in general. It takes some very passionate individuals to deliver something to the masses that are just as equally enjoyable, and not as broken, as many of the triple-A and even indie games that we see today.

The advent of Ikemen has changed the community in a lot of ways. Now with a new and improved version of the application developers, who have been spending time with the engine, which features online play for those who did not know, are producing some amazing results.

One of these games, in particular, happens to feature two companies that anyone who grew up during the golden age of fighting games knows too well.  Capcom X SNK is the name of the project and as you might have guessed it’s an ode to something that has long since been an unforgettable moment in time. When I first came across this title and saw it in action for the first time, I was instantly blown away by its presentation.

Characters are showcased in the 16:9 widescreen aspect ratio captured in a 4k resolution with sprites looking bright and sharp as ever. Character interactions both physically and vocally(through text) are played out depending on who you match up with. Details like hit sparks and block effects come off clear and concise but don’t just take my word for it seeing is believing after all:

Going down the rabbit hole of this channel, you find move sets are updated for character favorites which is a clear sign of someone who knows not only the lore but the game-play history of each character. The initial reaction is pretty predictable for anyone that comes across it: “where is the link”. Unfortunately, there is no link to be had, and I hate to rain on your parade, but there may never be one….at least, not any time soon. You see, the author of this game 2Dee4ever has stated the title is on hiatus…and profound sadness ensues.

In the past, 2Dee4ever has given much of his time and passion to create games like Capcom Vs SNK Universe, a game that he has graciously shared with the community. This time, however, his latest project is a personal one. What 2Dee4ever is asking of people who come across his latest work is pretty simple: patience and, more importantly, support. For him, support means not only getting the help he needs to complete his vision but being in a position that will enable him to focus on his channel and passion full time. Until those two things become a reality, Capcom X SNK is essentially just a work of art that will at least bring those who come across it some visual enjoyment.

As someone who became aware of Ikemen two years ago, I have been looking for builds to recommend and so far have only come across two(CVSU now makes three) that I personally feel are undeniable labors of love. Capcom X SNK could potentially be that next one and with your support, we may just be able to enjoy this title someday!! You can see more of the project in action on 2Dee4ever’s YouTube Channel. He also has crowdfunding pages available on Patreon, Steam Labs, and PayPal that are going towards the improvement of the channel.

More information about Ikemen can be found on our official page here. 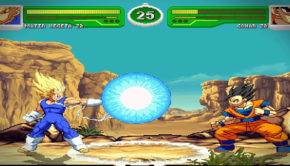