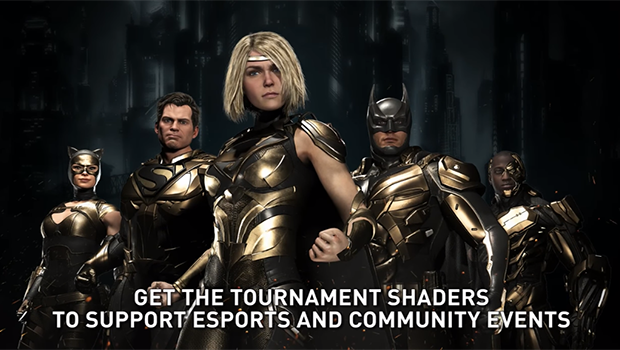 The latest update for Injustice 2 is now available! The newest update comes with major game balance changes to much of the cast while also addressing certain bugs that affected the overall gameplay. Details for the August update can be found here.

In addition to the latest patch, Nether Realms has revealed their new E-sports funding initiative in the form of tournament shaders:

Proceeds from the purchase of this black and gold shader will partially go towards many of the fighting game tournaments that are taking place throughout the year and beyond. We suspect that a major portion of the sales from this shader may just go to the season finale prize pool for the Pro Series and we certainly urge those who enjoy the competitive side of Injustice 2 to support this cause if they can.