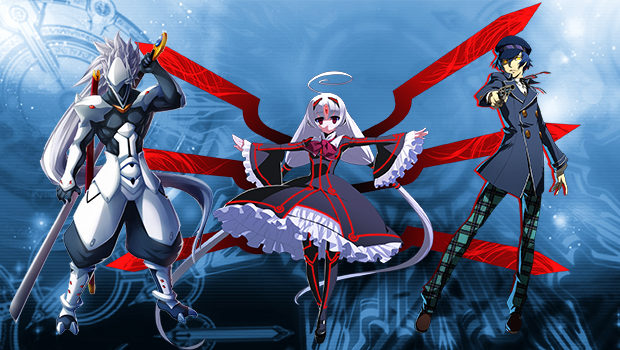 Arcsystem works have revealed the 3rd line of DLC characters in their latest trailer for BlazBlue Cross Tag Battle:

Hakumen, who has been an ongoing character in the BlazBlue series since its inception, has officially made the cut alongside Persona 4 Arena‘s gun-slinging detective Naoto, and Under Night In-Birth’s living weapon Vatista. These three characters will come bundled as one of 6 available DLC packs retailing @ $5 each once they become available.