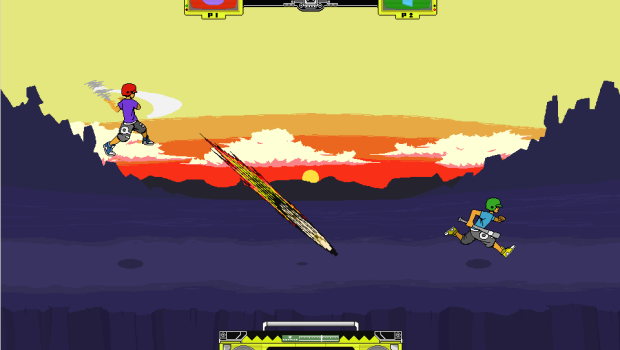 Developer Team Reptile  recently released a trailer for their fighting game titled Lethal League a fun and faced past game that has very simplistic mechanics that are sure to interest a great deal of people when it finally hits Steam’s Market place in Q3 of 2014.

Last year at the Ultimate Fighting Game Tournament hosted by Dive Kick creator Adam Keits, Lethal League was showcased in the Grand Finals of the popular mystery game tournament and ended up being a big hit with the spectators. It had been some time since I heard anything about this title and its good to see that its making its way to Steam.