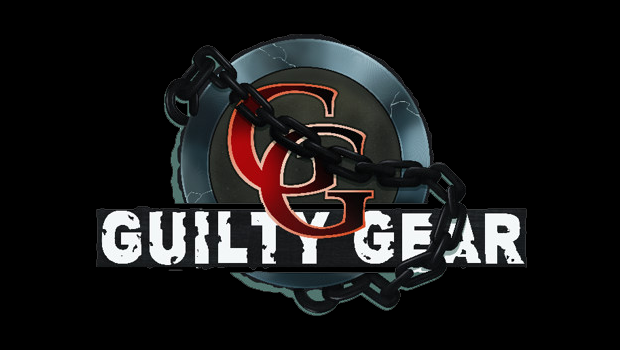 While Arc System Works seems to be having a break out year with the success of Dragon Ball FighterZ and the upcoming release of their newest IP BlazBlue: Cross Tag Battle, they just recently celebrated a 20 year milestone with the fighting game title that started it all, Guilty Gear. Known for its signature art style and character design, the Guilty Gear franchise gave birth to a new style of fighting game something which ironically has been given the sub genre name of anime within the fighting game community. To celebrate its 20 years of air-dashing existence, we here at FGO would like to take a brief look back at the franchise that made you decide between “heaven or hell”!! At a time where the traditional 2D art design used in fighting games were starting to fade, one title in particular seemed to thumb its nose at the growing trend of 3D polygonal fighters in the most in your face way as possible. Guilty Gear came on the scene and entranced many with its heavy metal style influence fused with an anime aesthetic that made each cast member strikingly unique like its spikey haired main protagonist Sol-Badguy. On top of an already eye-popping art design pumped an amazing soundtrack, an offering that the games producer Daisuke Ishiwatari was very instrumental in providing.

This would only scratch the surface of a game that had much more underneath the hood then many would begin to realize. In a lot of ways, Guilty Gear was a culmination of various fighting games though it certainly brought a lot of new ideas to the table. It would introduce a scary brand of crazy with its insta-kill mechanic which could literally end the match before it even begun, give players the option of manually charging certain special moves unlocking 3 potential levels of damage if you could land it on your opponent, allow you to stop chip damage by sacrificing some of your super meter, and allowed all characters to dash back and forth through the air creating a new style of gameplay in the process.

The massive amount of game mechanics used in this game would become the foundation of Arc System Work’s titles moving forward branding the company practitioners of the hardcore variety when it came to their fighting games. Arc System Works follow up would be a master class on how to take your original art design to the next level.  Sporting a new polished look, Guilty Gear X would expand upon its predecessor while refining many of the original game play elements.

The sophomore title would introduce many of its mainstay mechanics which included negative penalty, a mechanic that discouraged players from staying on the defensive for to long, roman cancel, a mechanic that canceled basic attacks allowing players to extend combos, and fautless defense, a mechanic that involved the negating guard chip found in the first game and added push back between you and the opponent.

While the first title may have stirred the pot for Arc System Works, it was Guilty Gear X that ultimately thrust the series into its legendary status for years to come. Guilty Gear XX would be to Arc System Works what Street Fighter II would become to Capcom as the 3rd title in the series would see several revisions before coming to its latest incarnation. While the art design didn’t receive major changes, sticking mainly to detailing character sprites, Arc System Works continued to add more game mechanics to the title.

The most memorable addition of the latest entry would be burst, a mechanic that would save players from major damage by breaking combos while players using it on the offensive end could knock back opponents increasing their meter. Guilty Gear XX would also add a new button attack which happened to be a mechanic originally introduced in the first title now known as Dust an attack that launched opponents into the air letting you follow with combos.

The XX Series would last for 10 years with a major update titled Accent Core that sprang forth three more versions before bringing the series to an end. In an effort to offer a “party” style game for Arcade goers, Guilty Gear Isuka was created. It would be somewhat of a departure from the franchise as it featured free for all style gameplay allowing up to four players to battle it out during a match.

The dust button would now act as a turn button and players would also be able to move into the background as a way of avoiding attacks.  Though Isuka did receive some positive feedback, it ultimately failed to resonate like its predecessors with its absence of the 1 vs 1 combat being pointed out as the main reason.

It would seem around this time that things were about to get quite confusing for the franchise as the rights for the IP would come into question just a year later. During the 10 years of Guilty Gear’s XX series, rumors spread about the franchise as Sammy, a publisher who owned rights to the Guilty Gear IP, merged with Sega. At the time it was unclear if Arc System Works would be able to bring their most cherished franchise back to the fold as they celebrated their new found success with their third original fighting game IP BlazBlue.

It would seem that fortune ultimately smiled upon the developers as news about them regaining rights to the Guilty Gear franchise started to spread. 2 years after the good news, to celebrate Arc System Works 25th anniversary, fans would be given a big surprise in the form of a new trailer. Guilty Gear Xrd was revealed and within just a few seconds of the trailer intro, the developers would reveal the series would be getting a brand new 3D design!

Using their special technique of texture cell-shading, the developers sought to re-create the pixelated universe of Guilty Gear which came together in a presentation that made the title look astoundingly close to 2D in an all new 3D environment. As a result, Guilty Gear would enjoy new dynamic camera angles most of which would happen through the dust mechanic and at the end of each round.

The roman cancel system would evolve adding two new cancels one of which allowed players to cancel and slow down time at any moment including movement or attacks. A defense mechanic known as blitz would now allow players to repel attacks and projectiles without the need of blocking giving players a possible counter advantage if timed correctly.  The newest feature, called danger time, would be a random clash system that would reward increased damage and a special counter which allowed for an even more insane amount of damage if executed.

Like the Guilty Gear XX series, Xrd has seen 3 revisions to date with Rev 2 being the latest in the time line. The return of the franchise was certainly well received with the title also being featured at the worlds biggest fighting games competition for what will soon be 4 years straight!! Though Xrd is now in it’s 5th year of being the newest title in the franchise, it certainly feels like it may still have some legs left for a brand new revision one that could very well be revealed this year.

Thanks are certainly in order to the title that started it all off for Arc System Works as Guilty Gear became the offspring of many amazing and unimaginable fighting games that came after. The series that brought us high octane air dashing excitement with its unique blend of anime and heavy metal influence is not something one can easily forget in a lifetime and I for one certainly hope that the series continues to evolve and introduce itself to a new generation for years to come.