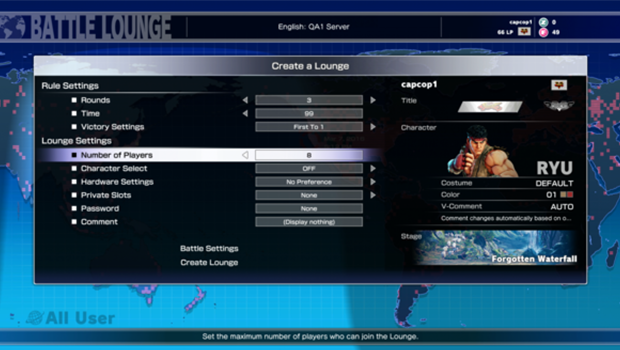 New details for the March Update have been released on Haunts blog on the Capcom Unity website.

There will be two updates with the first happening on Monday March 28th. The initial content will include the new challenge mode with tutorials, the online rematch option for ranked and player match modes(optional), 8 player lobbies with spectator mode, and bug fixes and gameplay balances.

The next update will come on March 30th(10am PST) with the release of DLC character Alex and the opening of the in-game shop. Zenny, the currency used for real money purchases, will not be available in time for the first set of DLC content so only fight money purchases will be possible.

To make up for the absence of Zenny, Capcom will allow players to try out Alex free of charge for a limited time.

It has definitely been a long wait for these much needed updates but it is almost here and we look forward to taking advantage of the new features when they become available!!