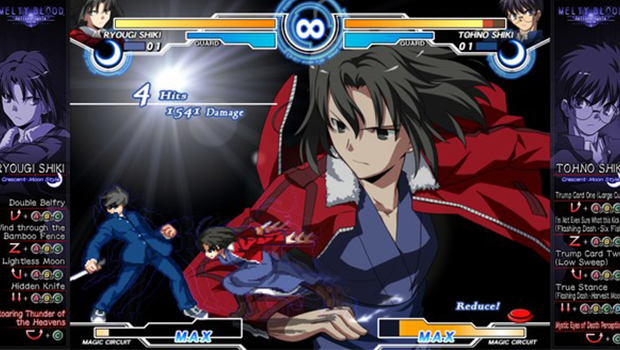 The cult fighting game classic has finally been given an official release date for Steam!! Melty Blood Actress Again Code will be available on April 19th!!

The steam page for MBAAC is now available giving us a few details on what to expect from the upcoming release. The online mode will feature ranked and player match options but not much has been detailed beyond these initial particulars.

Melty Blood features characters from type moon’s popular visual novel adaptations and has one of the most interesting fighting game mechanics allowing you to choose from 4 different fighting styles for each character.

Originally, the final version of MBAAC could only be purchased through a rare Japanese DVD anime which came with a PC version of the game. Now, Melty Blood fans can rejoice and we here at FGO can add it to our list of amazing fighting games as well!!

Melty Blood Actress Again Code will retail @ $24.99 and have a %20 discount during the initial launch week!!!