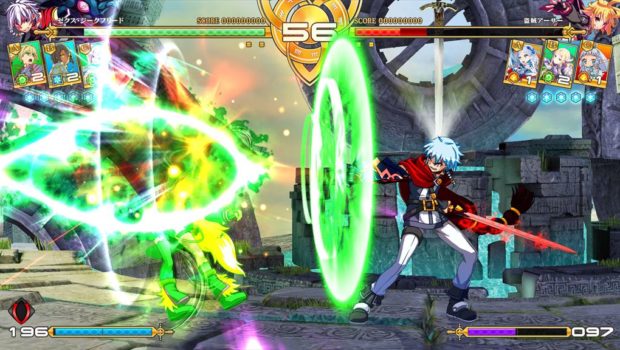 It would seem that PlayStation 4 owners will soon have another fighting game to look forward to this year as Square Enix, announced their fighting game cross over Million Arthur: Arcana Blood would be making its way to the console on November 29th of this year!!

Released originally for the Japanese arcade in November of last year, Million Arthur first got its legs as a free to play online card game on the mobile phone platform. From what we have seen, Million Arthur seems to be a 1 vs 1 assist style fighting game that implements its card game mechanics into the game-play.

The console reveal brought some very special announcements which included High Score Girl’s Akira Oono as an assist character, Yamaneko (Wildcat) Arthur, a character who comes from Million Arthur’s MMORPG game, Kome Sakiyama from the Lord Of Vermilion IV, and, believe it or not, Iori from the King Of Fighters!!

Before, Iori was announced, SNK revealed their cross over collaboration with Square Enix revealing Thief from Million Arthur as their first official DLC guest fighter for the upcoming SNK Heroines Tag Team Frenzy set to release next month!!

Based on what we have seen of the Million Arthur series as a whole, we believe players may only be able to grab this game as an import as their has been no official western versions released for the franchise, which started back in 2012, but with all the things they have planed for the franchise moving forward, this may in fact change.

We have time stamped where the announcements start and added  the video below so you can see character reveals in action.