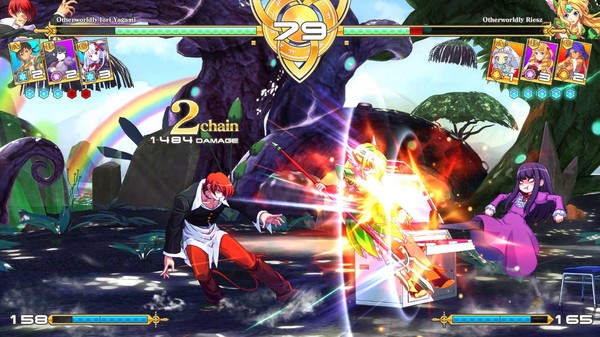 It would seem Square-Enix likes surprises as evidenced by Million Arthur: Arcana Blood Limited Edition now being available for digital download on the PC via Steam:

Developed by Team Arcana, the minds behind the popular Arcana Hearts fighting game, Million Arthur: Arcana Blood is a genre crossover fighting game based on a popular mobile card game in Japan. This 1 vs 1 assist style fighting game features a slew of guest characters as both playable and assist types such as Iori from The King Of Fighters(Playable) and Akira-Ono(Assist) of the popular Hi Score Girl manga/anime just to name a few.

The “limited edition” as this title is being called at the moment offers bonus content that includes to special wallpapers and five music tracks. The offer will be available until August 20, 2019 so there is plenty of time to pick up the temporary bonuses being offered.  We have created an official page with a purchasing link and will update the page with additional details once we gather more information about this title.