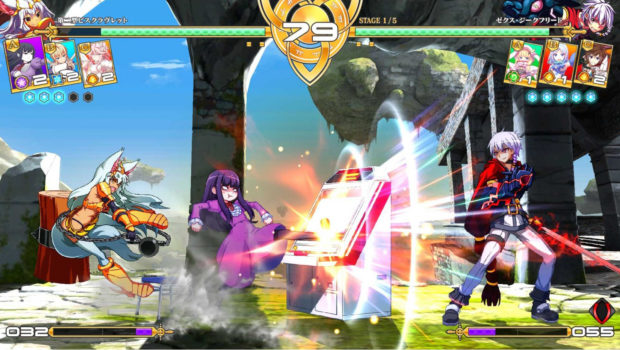 During a commercial break at EVO Japan, Square Enix revealed their fighting game cross over will be coming to PC via Steam this summer in a new trailer:

Released in Japan on the PlayStation 4 back in November, Million Blood Arthur: Arcana Blood was created from the minds behind the popular Arcana Heart series. Based on a mobile card game in Japan, MBA is a crossover that features assist style gameplay and includes some special guest characters like Iori from The King Of Fighters.

We are not quite sure if this means a full localization will be accompanying this title but given other games that have come from Japan have done so in the past, we have it on good authority that this will, in fact, be the case.