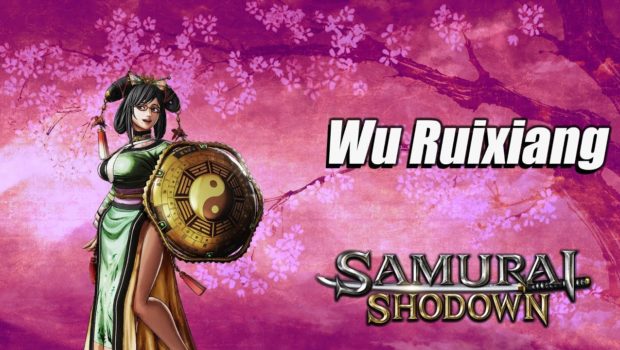 As we continue the countdown, another character gets highlighted with the latest trailer featuring a new cast member to the series:

Wu Ruixiang, the last of the three new characters for the series reboot, doesn’t quite seem to be a fighter like the rest of her cast mates. It would seem her special weapon is infused with some pretty powerful magic that protects her as we see her deflect projectiles, hide under it for anti-airs, counter attacks, and conjure mythical beasts by accident. There is no doubt in our mind that Wu Ruixiang has the biggest personality among the new 3, and it will be interesting to see how see fairs against her blood letting cohorts.

Not to long ago, Wu Ruixiang was showcased in a character breakdown on a live stream and we’ve time stamped and added it below for those interested in seeing all of her tool sets in detail:

Only 4 more days left before the franchise returns to Xbox One and the PlayStation 4 next week on June 25th!