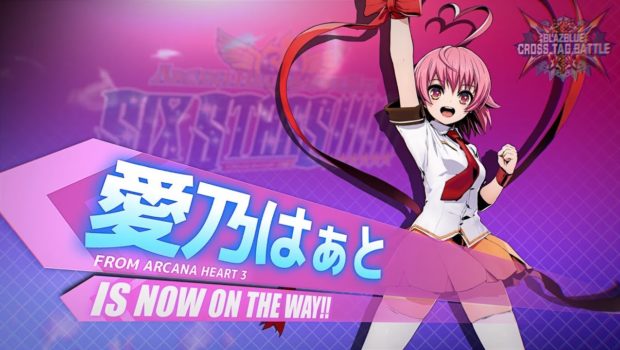 A new trailer has released for BlazeBlue Cross Tag Battle revealing new DLC characters, one of which is a pleasant surprise:

The trailer also teases another universe using a light blue color to give us a hint. Some are guessing Granblue Fantasy while others think it could potentially be a Dengeki Bunko Fighting Climax Character. We will just have to wait and see for more details.