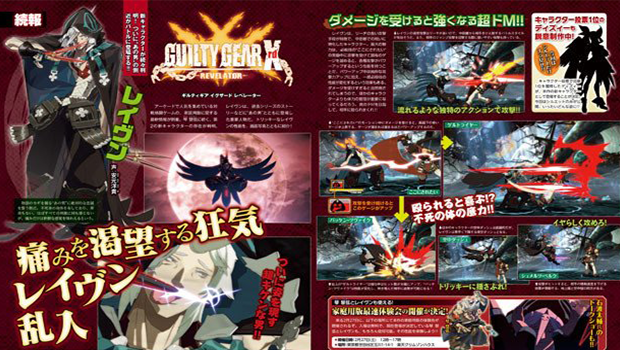 This weekend iplaywinner clued us in on a possible third unlockable character for the upcoming Guilty Gear Xrd: Revelator console release!!

Today the final mystery character has been revealed!!  Raven, will be joining the cast now introducing three new characters to the Guilty Gear universe.

Famitsu, who released the preview for this new character, will have a full breakdown of Raven on February 18th so stay tuned!!