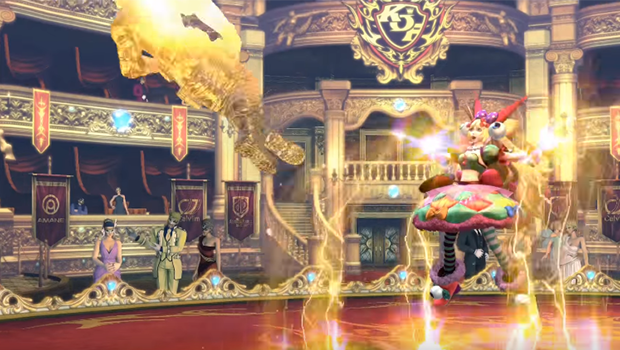 Playstation has just released a new King Of Fighters XIV teaser trailer  on their youtube channel!!!

The latest trailer reveals new character Sylvie!! Dawning a very wacky get up,Sylvie seems to wield the same power as Japan team veteran Benimaru wielding the power of electricity for various attacks. A quick look at the recent roster leak eludes to her possibly being on the “official invitation team”.

In addition to new stage reveals, the trailer also gave us our first look at returning characters Vice and Kim Kapwhan.

In the coming weeks there will be playable builds surfacing at certain events so hopefully will see some of these characters in action!!