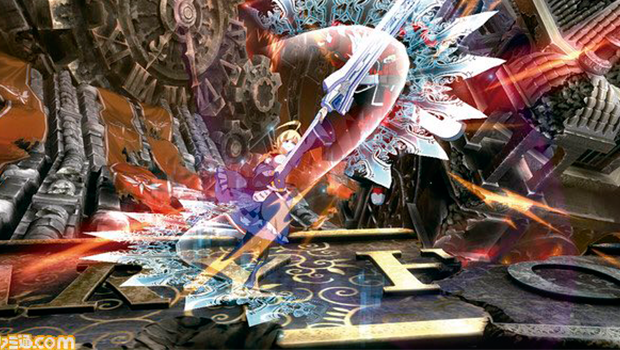 Famitsu has released an online preview in regards to their upcoming 10 page feature for the console release of Blazblue. New pictures reveal the exclusive console guest character Xblaze protagonist Es with additional footage as well.

It has been confirmed that the console version will have a multiplayer online mode which will include the usual ranked , player match modes, and online lobbies like the previous game with more information to be announced at a later time.

The console version of BBCF has a confirmed release on the Playstation 3 and 4 consoles but may also be making its way to the Xbox One as well.

We will be updating the this post with additional information once the official article is released so stay tuned!!