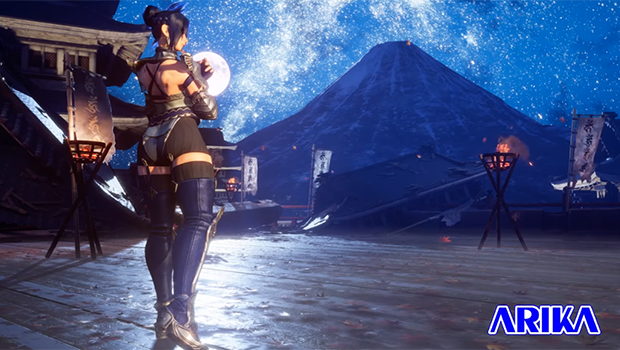 Arika developer of the upcoming Fighting EX Layer coming to the Playstation 4 console, may have just revealed Blair Dame as the next cast member for their new fighting games title:

Though no official name has been giving for this character tease the quote “She will surely come back” and her overall look leads us to believe without a doubt that this is Blair Dame a returning character who was featured in both Street Fighter EX and Arika’s original title Fighting Layer.

Given this latest reveal, we expect that we will be seeing something special in regards to Fighting Layer EX at the Playstation Experience this weekend as we get closer to the open Beta which will be starting right after the event on December 12th!!