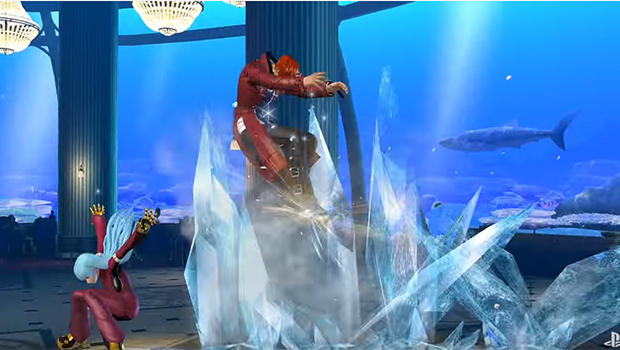 As apart of the the 3rd Party content portion of the Playstation Experience Key Note, The King Of Fighters XIV released a new trailer.

The latest trailer reveals that the game will feature online play and also hints at a mode titled “party play”. The trailer also revealed that KOFXIV will have 50 characters and revealed characters King, Billy, Kula,Ralph, and Angel as well.

As we receive more information about the latest title in the series, we will we update the post so stay tuned!!