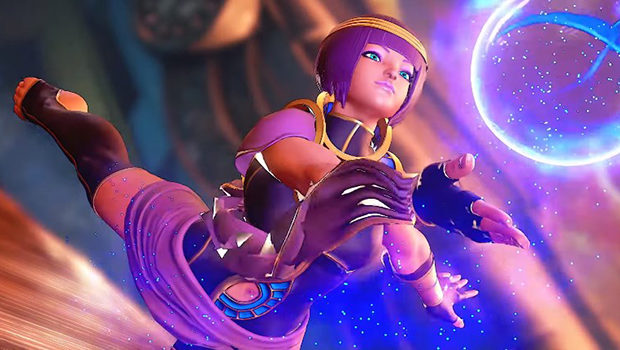 Update 08/28/2017 1:21pm EDT- Detailed information on Menat’s release date and more have been revealed in the latest blog on Capcom-Unity!! Players will be able to get their hands on the latest DLC character tomorrow!!

As we already surmised, Menat’s V-trigger Wisdom Of Thoth summons six spheres all of which are controlled by each normal attack.  Her V-skill, Soul Reflect, will return basic projectiles at the opponent allowing her to increase hear v-gauge in the process.

For additional details you can head to the latest blog entry here.

Menat, who many thought to be a potential season 2 character after she was revealed in Ed’s story mode, looks to have great set up abilities using her special powers. From what we saw in the trailer, she can use it draw her opponents in closer. We also noticed what most likely is her V-Trigger which allows here to generate more of her special abilities to extend combos.

We are definitely interested in learning more about what her V-skill and V-trigger have to offer and we will post this information as soon as it becomes available. There is only one more character left and though rumors seem to have already hinted as to who this may be, we are still waiting patiently to see the final season two character!!