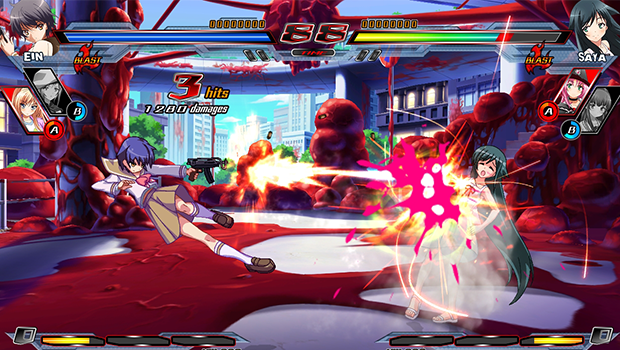 It looks like Nitroplus Blasterz: Heroines Infinite Duel may be making its’ way to console on western shores not long after the release in Japan!!

XSEED games plans to release the title on Playstation 4 and Playstation 3 this Winter season!!

The fighting game developed by Arcana Hearts 3 creator Examu features an all-star cast from popular visual novels which have made their way to anime adaptations as well!!

Characters like Super Sonico from the SoniAni: Super Sonico the Animation series will be playable for the first time on console. The NPB features a assist style game play allowing you to choose two players that will come to your aid during a match.

Hopefully more information will be forthcoming this week during E3 so stayed tuned as we will be on the look out for more news!!