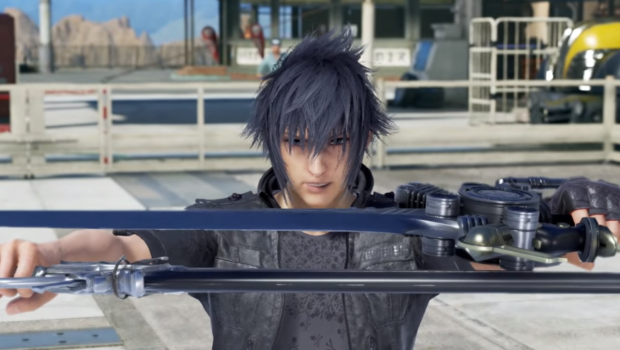 Noctis has been one busy dude. Not only has he starred in his own game Final Fantasy XV, he managed to make his way into the all-star cast of Final Fantasy Dissidia NT, and now he is being called in for another cameo. Noctis will be reprising his role on March 20th as a special DLC guest character for the popular 3D fighter, Tekken 7:

Noctis comes with a literal arsenal using an ability that summons weapons instantly in battle. He also has the ability to transmit himself through his weapons all of which you can noticeably see in his move sets above. So far we know that Noctis is a friend to Lars, who is asking him for a favor.

Tekken 7 is available on Playstation 4, Xbox One, and PC via Steam. Additional details can be found on our official Tekken 7 page.