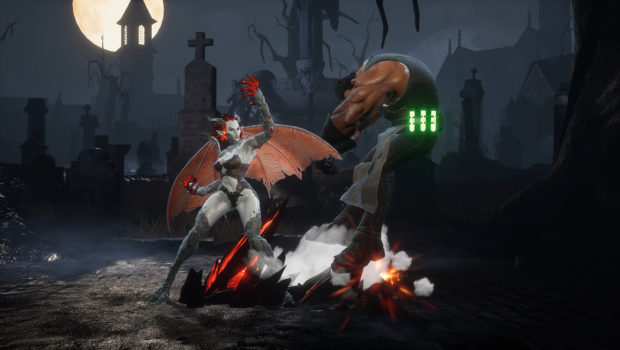 Omen Of Sorrow, a 1 vs 1 traditional fighter inspired by many of our legendary myths and supernatural folk lore, has found a second home on the PC now available on Epic’s digital storefront for download:

Featuring characters based on the legends of Dracula, the hunch back of notre dame, and other nefarious mythical beings, Omen Of Sorrow offers up some interesting game mechanics that features additional movement, and power ups like none we have ever seen in a fighting game before. The game retails @ $19.99 and a demo is available for you to try before you buy as well. We have updated the official page for Omen Of Sorrow with a link to the Epic store and details on some of the features this fighting game has to offer.