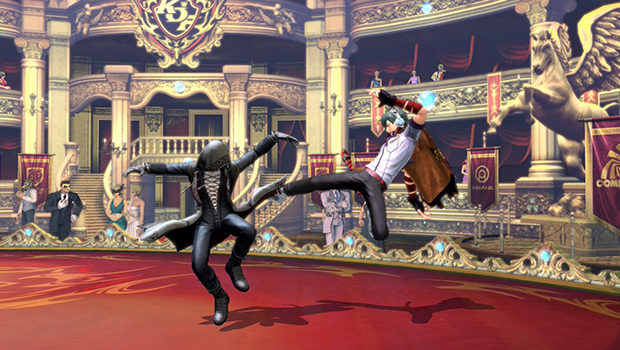 Patch Update and Hints At Future Content Revealed For KOFXIV!!

Some interesting news for fans of the recently released King Of Fighters XIV was revealed during a stage presentation with producer Yasuyuki Oda and Neo-G at the Tokyo Game Show!!

First and foremost, a new patch will be coming to KOFXIV next month! The latest update will feature character balance changes, a fix for the online ranking mode system, a harsher rage quit penalty, and a possible tweak to make the input buffer a little more stricter.

The discussion of DLC was also a main topic. At the moment, there are no cemented plans for DLC but they are considering bringing additional costumes to the game!

A translation break down featuring more of the discussions details can be found on the MadMan’s Cafe website!