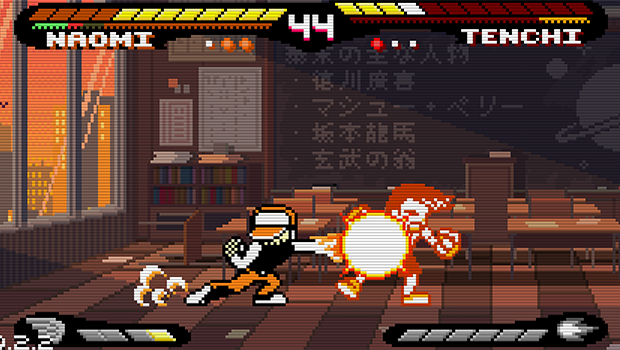 The upcoming indie title based on the classic Neo Geo Pocket fighting games of the past ,Pocket Rumble, is now available on Steam’s early access program!!

Pocket Rumble features a simplified input system so that special moves will not require any difficult motions to execute.  Purchasing the early access version, which is $9.99, will give you current access to 2 of the 9 planned playable characters.

The gamestyle is 2D 2 vs 2 with the losing player having access to a backup character during the next round.

Modes for this latest version include trainning, versus offline, ranked player online, and a tutorial as well.  You will also be happy to know that the online multiplayer portion of the game uses GGPO’s signature roll back netcode!!

We definitely recommend you check this title out and look forward to giving you a first look in the near future!! Additional information is available on PR’s successful kickstarter campaign if you would like to learn more.